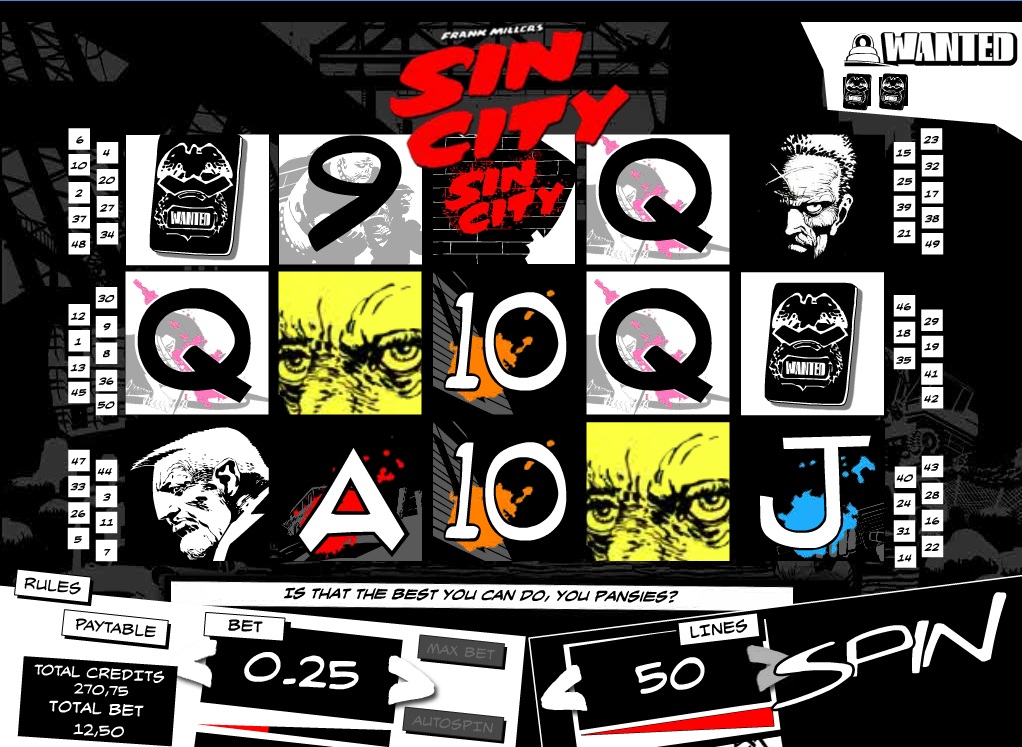 PartyCasino.com has announced that Sin City has now entered the online gaming world with a new game that has been added to the casino’s portfolio of over 160 games.

The new Sin City five-reel and 50 pay-line slot features art and story from the widely acclaimed series by the comic legend Frank Miller.  The Sin City series of cartoons have gone on to spawn games, toys and a feature length motion picture since first appearing in April 1991.

According to a spokesman from PartyCasino, “Frank Miller’s Sin City is a very different slot to any other we have launched in recent times. The striking artwork and mature content mean this isn’t a game for the faint hearted.”

Online players have a chance of winning free spins and multipliers with the five featured games being offered, namely “The Hard Goodbye”, “Deadly Little Miho”, “Just Get Warmed Up”, “He Never Screams” and “Straight to Hell”.

Miller’s Sin City has been described by PartyGaming.com as ‘one of the most stylized works in the history of the medium’ and revealed that he draws heavily from film noir with his use of shadow and stark backgrounds.