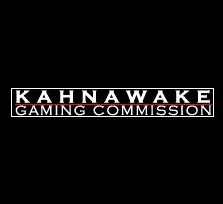 One of the most reputed licensors and regulators of online gaming operators, the Kahnawake Gaming Commission, known for its strictness in enforcing regulations, recently sent an advisory notice to the online gaming industry reading  “The Kahnawake Gaming Commission advises that it has suspended the Client Provider Authorization (”CPA”) held by Maricass International Holdings Inc. (”Maricass”).  The suspension is effective immediately and affects the sites (sometimes known as the “Grand Prive group”).

The reason for the suspension is due to the fact that the Grand Prive group recently switched to the BetsonSoft software without notifying its former software supplier, Microgaming, and failing to file a Material Change Report informing the Kahnawake Gaming Commission that it had switched software suppliers.

The Kahnawake Gaming Commission operates from the Mohawk Territory of Kahnawake and has issued licenses to over 50 operators who run more than 250 online gaming sites between them.  The Commission is very strict in enforcing regulations and licenses provided by it are known as Client Provider Authorization.

Unless Grand Prive files the required documents informing the Commission of the change and asking for approval for its new software immediately, its Client Provider Authorization may be permanently revoked.