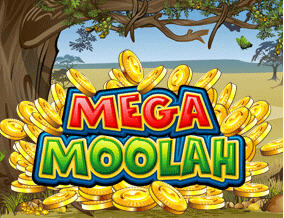 Challenge Casino, a brand of the Casino Rewards group, made an announcement at the beginning of November saying that a lucky player had hit a jackpot of Euro 3.84 million while wagering at the online casino. The online casino promised to reveal details of the lucky player after he had received the payout check.

Casino Rewards has now issued a press release revealing that the lucky player, A.D. was treated to a royal welcome in Sydney, courtesy of the casino, and entertained at the famous Aria restaurant overlooking the Harbour Bridge and the Opera House. He then took part in a press photo shoot in the Royal Botanic Gardens where after he received a check for a massive amount of Euro 3,841,871.46.  It is Microgaming’s practice to pay out the entire progressive jackpot win in one single amount upfront and not via installments.

A.D. revealed that he found it very difficult to believe that he had actually won such a large amount of money and at the time of his win he kept thinking of how his life would change because of his win.  A.D. will be giving part of his winnings to charity and helping some relatives and his girlfriend. He added that he is not in a hurry to spend his money but would, however, like to do some travelling.