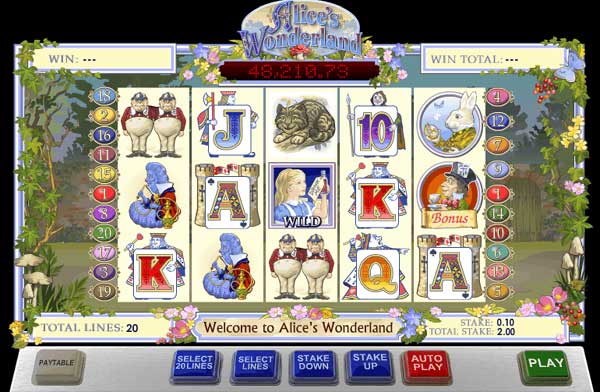 Mangan's win of a whopping £460,124.23 on Thursday, September 8th, has made her Sky Vegas biggest female winner and is the online casino’s largest local jackpot win ever.

The lucky player saw a banner on Sky Vegas saying that the “Jackpot must be won” which prompted her to try her luck by playing the five-reel, 20 pay line game, Alice’s Wonderland, which was developed by software group, Ash Gaming.

Marketing Manager of Ash Gaming, Henry McLean, was thrilled with Mangan’s windfall and said “We are very pleased that Sky Vegas has had such a big winner.  It just goes to show that anyone can win a life-changing amount of money playing Alice’s Wonderland.  This player won big from only a £1 spin”.

Yet another lucky lady won £26,000 wagering on Leprechaun’s Luck only one day after it was launched at Sky Vegas.

A massive £3,000,000 in progressive jackpot prizes was also paid out by Sky Vegas during June of this year.

Sky Vegas has been operating since 2007 and is part of Sky Betting & Gaming.