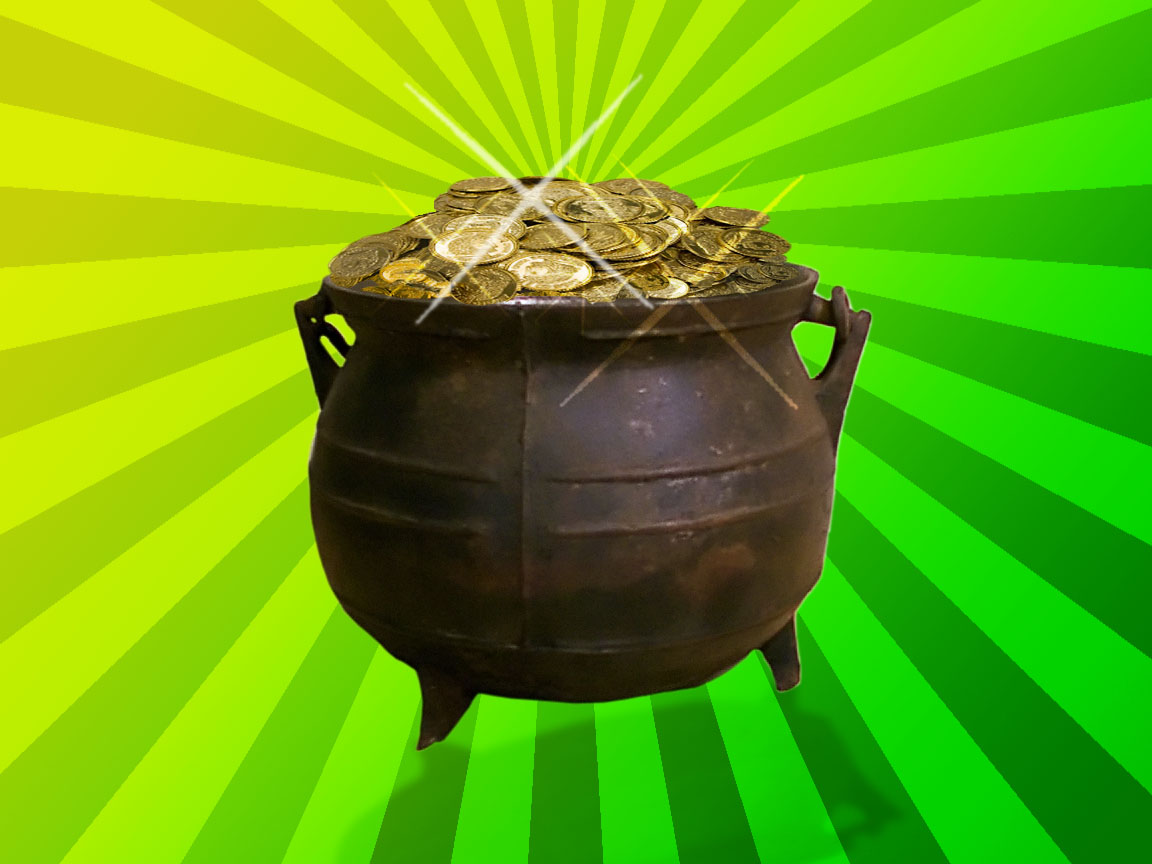 In a recent casino press release WinADay Casino announced that a progressive jackpot of $96,466 has been won by one of its regular players, Glenn P, on the Irish themed online slot machine Leprechaun Luck which is a 5 reel and 31 pay line slot game.

The slot game was launched on St Patrick’s Day and features symbols on the reels that include pots of gold, rainbows and shamrocks.  Double Wild symbols, a Cauldron bonus and an adventurous Bonus Game are also offered in Leprechaun Luck.

Glenn won this awesome sum of money by spinning five rainbows with a bet of $5 on the winning pay line.  He is ecstatic with his win and when questioned by Michael Hilary, manager at WinADay, he revealed that his prize money would be used on a wonderful dream holiday for him and his wife.  Hilary said that in view of the fact that Glenn had hit the jackpot while playing the Irish themed slot game Leprechaun Luck that he hoped that Glenn would be including Ireland in his vacation plans.

Glenn has been a regular player at WinADay since it was launched by Slotland.com as he finds that the slot machines, which are in 3D format and unique to WinADay Casino are unusual in structure and different from the ones found at other online casinos.  He is also impressed with the fact that new games are endlessly being added to the casino.