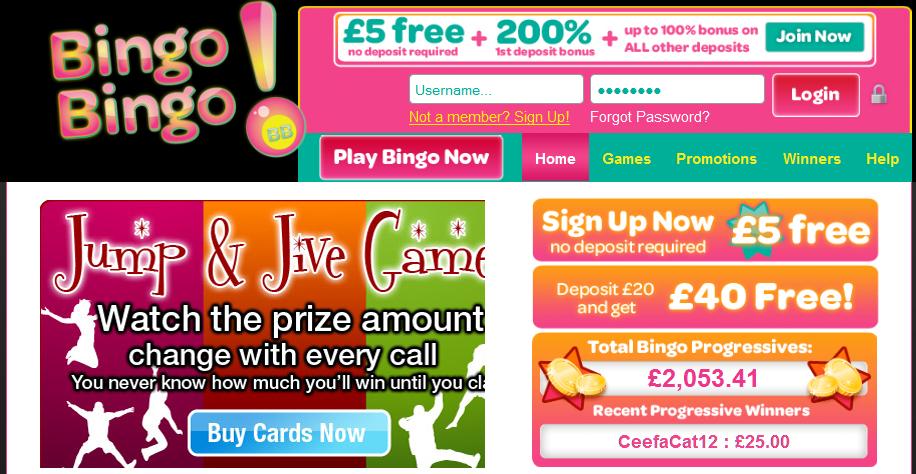 A new online bingo site has launched at BingoBingo.co.uk this week.  This Alderney-licensed online bingo site is offering all first-time depositors a 200 percent welcome bonus as well as a full matching bonus on all reloads.

BinboBingo.co.uk runs on software from Parlay Entertainment, the online bingo solutions developer and supplier.  The site also features slots that include Makin Bacon as well as table and keno games and poker.

First-time depositors are also being offered £5 in free vouchers to enable them to test out BingoBingo.co.uk’s offerings which include 21 games each day and not less than two specials every day of the week.

BingoBingo.co.uk is also offering a special one-hour Grand Slam Tournament each night of the week which will award players with a total of £4,000 in cash and prizes from now until June 5 in celebration of the ongoing French Open.

A statement from BingoBingo.co.uk reads “If you’ve got what it takes to win, you could be one of five Grand Slam Tournament champions to take home £100 in cash at the end of the tournament.  Wins on any part of any Grand Slam Tournament tennis game will be tallied up after the tournament and the top-five winners will be announced on June 7. You can see how many wins you have at any time on the tennis scoreboard via the in-game promotions page. Tickets to all games are 50 pence cash each and pre-purchase is available.”