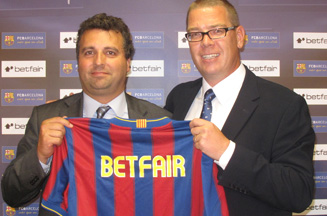 Due to a major shift in marketing strategy, Betfair, the online betting exchange, has decided that it will end its two-year sponsorship of the Spanish football club FC Barcelona but will still continue to be the official betting partner and sponsor of Manchester United.

Since Betfair’s move away from sponsoring FC Barcelona and its commercial ties with European football clubs  the online betting exchange will now increase its’ spending on sports marketing.

According to a spokesperson for the group, “Betfair is changing the way we invest our sponsorship assets to prioritize social platforms and help build engagement with existing and potential customers”.